Things that surprise me in Sweden – By George Roussos 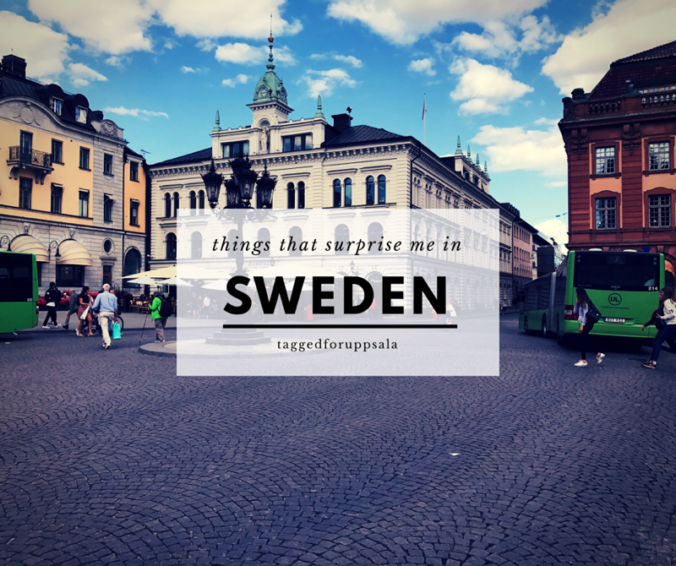 Ok, so, here’s the thing; I come from a small, Greek country, where nothing is taken for granted in terms of working. And by nothing, I mean absolutely nothing. This can range from cell phone service, to actual services, like being serviced in a queue. Train schedules exist, also, just for the sense of the word. There’s no such thing in Greece as public means of transportation ever being on time.

Before I moved to Sweden, I knew. I had heard of this land where everything “just works” (is that a Steve Jobs patented phrase?), where people got what they wanted and knew when they were going to get it. Things were supposed to be so smooth in this far-away place, that every person in line can get serviced, roads are so well laid-out you will never get lost and there is everywhere a sense of everything being right. So I arrive in Uppsala expecting all of the above. After all, I had visited Sweden last year, so I knew what to expect. Boy, was that not enough though! Visiting is one thing, but actually moving here… oh man. I’ve been telling the Swedes since day 1 that, when you come from a country where the worst is to be expected in terms of things working, getting to Sweden is a vast change. Everything works, everything is seamless and the Swedes never lie about timeframes. Instead, they just never commit.  On the other hand, getting to a different country means interacting with a different culture and, in its core, a completely different system. Which brings me to my list of things in Sweden that actually still surprise me, even though I have been living here for 2 months now.

I think these do it. You know, I love Sweden. I think it’s a great country, it’s absolutely, insanely beautiful, people are always polite, the culture is rich and everything just feels good. And I love Uppsala, my big small town, which has everything, at least for me. But at the same time, you cannot not notice how Swedes do things in such different ways; thing is, these ways actually do work!

Guided tours to Gripsholm and Linnaeus Hammarby – By Adolfo Canales