Skating on a frozen lake – By Adrianna Pakula

Maybe you heard about it or maybe you seen it in a film, but you probably still kinda don’t believe that it’s actually a thing. If you don’t have it on your bucket list, by the end of this post it will appear there. Yes, I’m writing about skating on a frozen lake!

I’m pretty sure you noticed that Swedes never waste a ray of sunshine – no matter what season it is. In spring ice cream trucks and outside tables appear when snow is still covering the trees. In summer the lunch break is also a sunbathing break (careful, you may trip over your laying-on-the grass coworker) that lasts as long as autumn allows. Now, during winter, we have festival of winter sports, practiced either outdoors or indoors. If you are not used to practicing sports when snow or ice is involved, I suggest you give it a try!

The place I paid visit to lays around 40 minutes’ drive from Uppsala and is called Fjällnora friluftsområde. It’s a recreational area where you can find cottages for renting, playgrounds, campfire places and sauna. In summertime you can bathe in the lake and barbecue afterwards, in the wintertime though… This is where the fun starts. 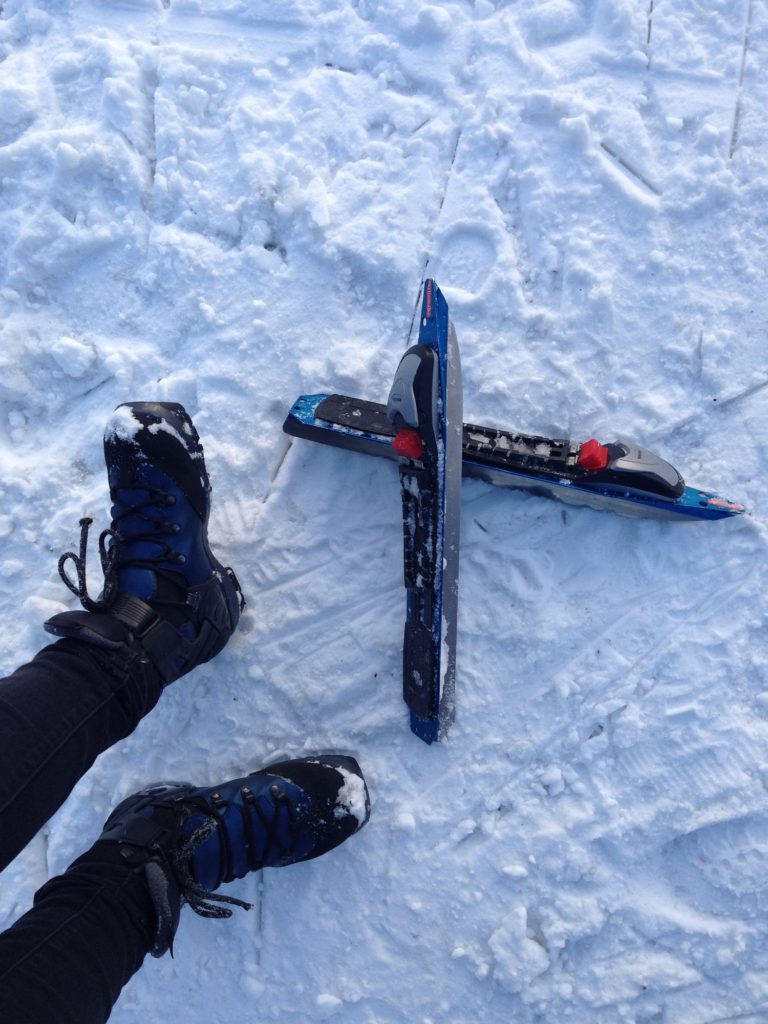 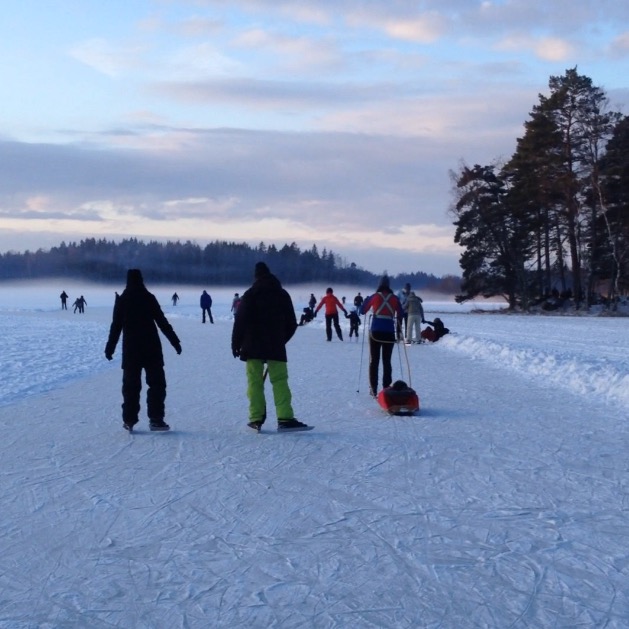 Sweden is a country with consistent, cold winters which turn shallower lakes into skating rinks. Everybody knows how to skate The ice is thick, safe and well prepared – where I visited there are 12 km of cleared ‘lake paths’ with smaller loops (in case you are not ready to take the big one, or you don’t have time for it). The skates that are used on the lake are a little bit different from what I’ve expected, first you put on ‘special shoes’ and then assemble ‘the blade’. On ice they are very stable and it feels like taking skis to the ice. Also, I noticed that skating with those is slower which makes it simpler for beginners.

The site has a reception where I rented mine, the renal is usually open form 10 till 16. There are daily updated on their facebook page.Renting out the skates (shoes + blades) costs 60 kr per hour or 180 kr per day.

After returning your equipment you can pop in to the cozy restaurant for a fika or a simple meal like soup or sandwich. The prices are ok!

How to get there? Bus 809 from Uppsala Centralstationen. Entering your bus ask for two zones. From Fjällnora bus stop walk approx. 3.5 km. The wavy main road leads from the bus stop to the site, but I still recommend Goggle maps. I didn’t try hitchhiking, but that was quite tempting while walking on the side of the road.