The Lapland Trip – By Audra

From 17 February – 22 February, I traveled with Scanbalt Experience on their Lapland Express trip. With about 70 other people (mostly students from Uppsala and Stockholm), we ventured north via a coach bus.

Bright and early on 18 February, we arrived in Kiruna, Sweden. The day was dedicated to exploring the city and participating in optional activities. After enjoying a big breakfast, I went onward to go dog sledding and snowmobile riding! We had a chance to meet the dogs and puppies before and after the excursion.

There were 12 dogs pulling the sled I was on. It was particularly fun when we would go downhill! After a short coffee and tea break around a fire, I switched over to the snowmobiles. Never having rode one before, I was quite nervous and scared. I didn’t crash though! I made it through in one piece – woo!

On 19 February, the team departed for the Ice Hotel and a Sami village. It was very cold out, maybe -21°C. Even with my many layers and snowpants I was freezing. I ended up putting on sunglasses because it was so sunny – it still blows my mind how cold it can be while the sun is shining! It was surprising much warmer inside the Ice Hotel (but still very cold)! We saw Ice Hotel #28 (because they melt and are rebuilt each year). 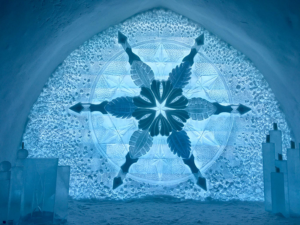 After the Ice Hotel, we went onward to Rensjön to visit Sami people and reindeer! The reindeer were quite smaller than I imagined. It was fun to feed them though! As the sun was setting, we gathered around a fire in a Sami tent and learned more about the Sami ways. 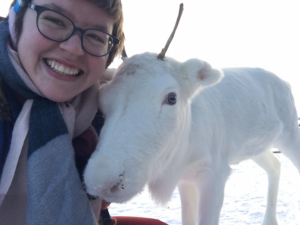 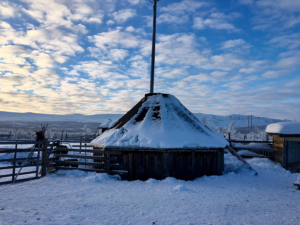 Later that evening, we arrived at our hostel in Abisko National Park. We gathered around a fire in a huge tent to roast marshmallows and enjoy mulled wine. Some of us went out searching for the Northern Lights, but had no luck.

Bright and early on 20 February, we departed for the fjords and Narvik, Norway. The fjords are beautiful! The town on Narvik is unique in that it is built around and within the mountains. 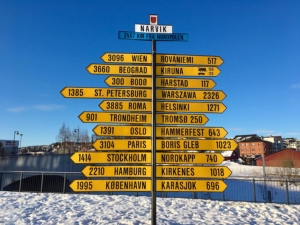 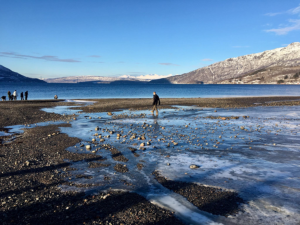 Later that evening, we did as the Swedish do and enjoyed some time in a sauna. It was a bit of a trek away from where we were staying, but it was worth it! We saw the Northern Lights on our way over!

On 21 February, we prepared to head back to Uppsala. Most people spent the morning exploring the national park and snowshoeing. I, however, decided to spend the morning indoors. Naturally, I developed a cold during the trip, despite my efforts to stay warm and wear a ton of layers.

Around 08.00 on 22 February, we arrived back in Uppsala! I made a quick trip home to drop off my luggage and grab breakfast before heading back to campus for a full day of classes.

In conclusion, if you have the opportunity to travel to Lapland, DO IT!! Bring layers and dress warm!