I’ll start with a story:

In my first week, I went to the house of someone who was selling me a guitar he had advertised on Uppsala Buy & Sell. Happy with my purchase I took the guitar and went on my way, but as I was leaving he asked, ‘do you need a bike as well?’. I did. I saw three lined up by his doorway. I asked how much. ‘800 each’ he replied. I thought about it, but something about it didn’t feel quite right, the bikes didn’t have locks, nor lights, and if he sold the guitar on Uppsala Buy & Sell why not the bikes too? I told him I’d think about it and went home. The next day I wrote to him again and asked if the bikes were still available. They were, of course they were. I told him I only had a budget of 500 and his price dropped to 600, an hour later I got a text saying 500 was fine. I asked for a picture and he said he would as soon as he returned home. I didn’t hear from him again.

Message of the story – the bikes were probably stolen, as so many are in Uppsala. It’s unfortunate, but it’s true. In the case of a theft, or to avoid theft, there are a few things to remember:

If you’re still looking for a bike there are many options for you. The Uppsala University Buy & Sell Facebook site is a good start, you’re more likely to interact with students selling their own bikes at the end of their time here and it (hopefully) won’t be a stolen bike, that being said, nothing’s guaranteed. There’s Sweden’s answer to craigslist – Blocket. There are also many bike shops in and around Uppsala, some offer extra protection against theft by labelling your bike or putting a number on it connected to your receipt so that it’s more easily traceable. Occasionally you may see mobile numbers for bike sellers around town on noticeboards or lampposts. One of my friends even gave me a number in my first few days, but it came across a bit shady, like a strange drug deal ‘Do you have a number for a bike? Because I’ve got a guy…’. Many Germans I’ve met here transported their bikes from home using the train, bus or by car (I take it in Germany bikes are a worthwhile investment). The benefit of buying a bike inside Sweden though are the inclusive foot brakes which are very useful in the winter.

Whatever you do, make sure you take precautions: 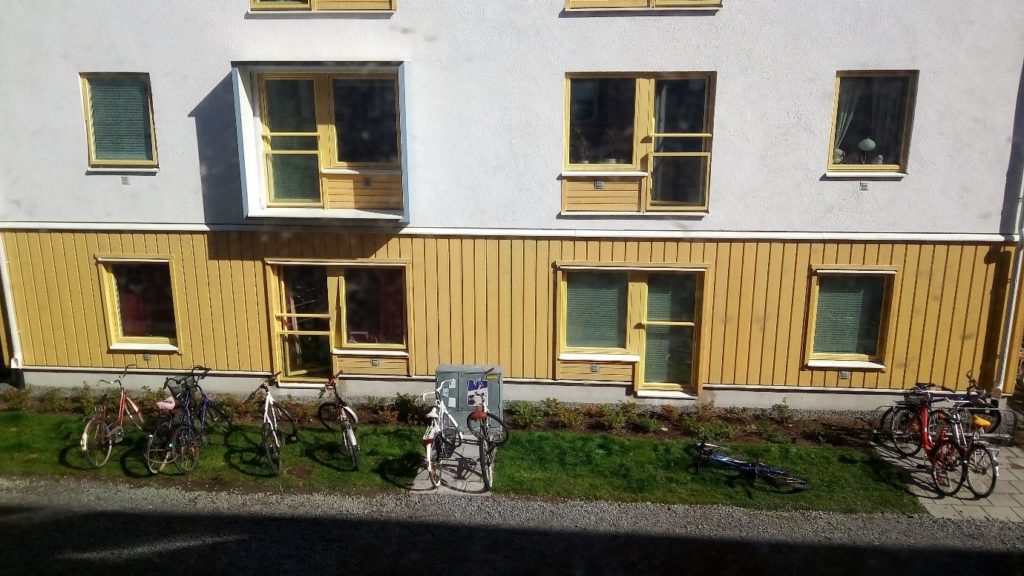 I like to park my bike in a nice visible spot

During Uppsala’s infamous Spring celebrations, it is entirely possible that some (intoxicated) individuals like to throw bikes into the river. AVOID PARKING NEAR THE RIVER DURING THIS TIME. Or use 2 locks. I’ve heard speculations that up to 400 are thrown in each year, but could not find any exact figures. Either way, it’s a lot.

Finally, make sure you shop around. If you’re after bike accessories, LIDL, Clas Ohlson, Flying Tiger and IKEA offer the best prices for lights, locks, baskets and other bike related goodies. Some bike shops offer student discounts for sales and repairs too. 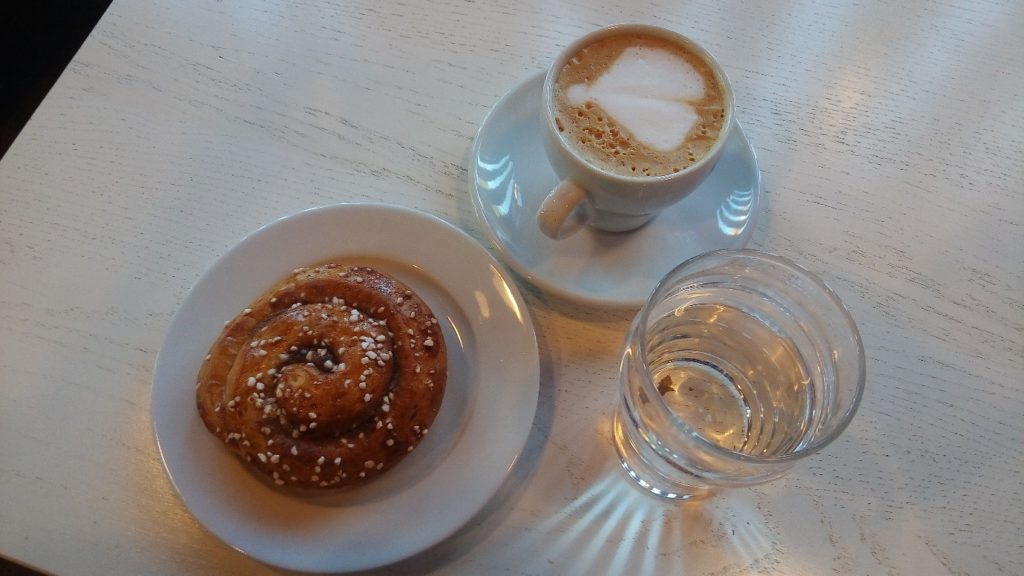 At the end of a cold and wet day cycling, there’s nothing like a classic Swedish Fika break

Here’s an infographic I made to sum up the tips mention above: