Women in Tech – By Audra

March 8, 2018. International Women’s Day. A day dedicated to celebrating the achievements of women of the past, present, and future.

How did I spend the day?

Well, it all began back in January. I saw a Facebook event for something I never heard of before – WIT Stockholm. Women in Tech Stockholm, #WITsthlm2018, was a conference to be held in Stockholm on International Women’s Day. There were to be panel discussions, speakers, and breakout sessions – all led by women in technology.

Over 4,000 people said they were interested in attending the free event, but there were only 1,500 available tickets. Yikes. Tickets were to be released on a first-come-first-served basis on February 1 at 12.00. I was one of the lucky ones. Within 120 seconds, the tickets were all claimed. I got one!

The Day of the Conference
It was about 09.30 when I arrived to the conference hall in Stockholm (had to take the SJ train, y’know?). The conference was set to begin at 10.00. Upon arrival, I received a nametag and program. I had the opportunity to grab coffee and breakfast snacks, and wander around to mingle with different companies (Google, SEB, EY, and more). How cool!! 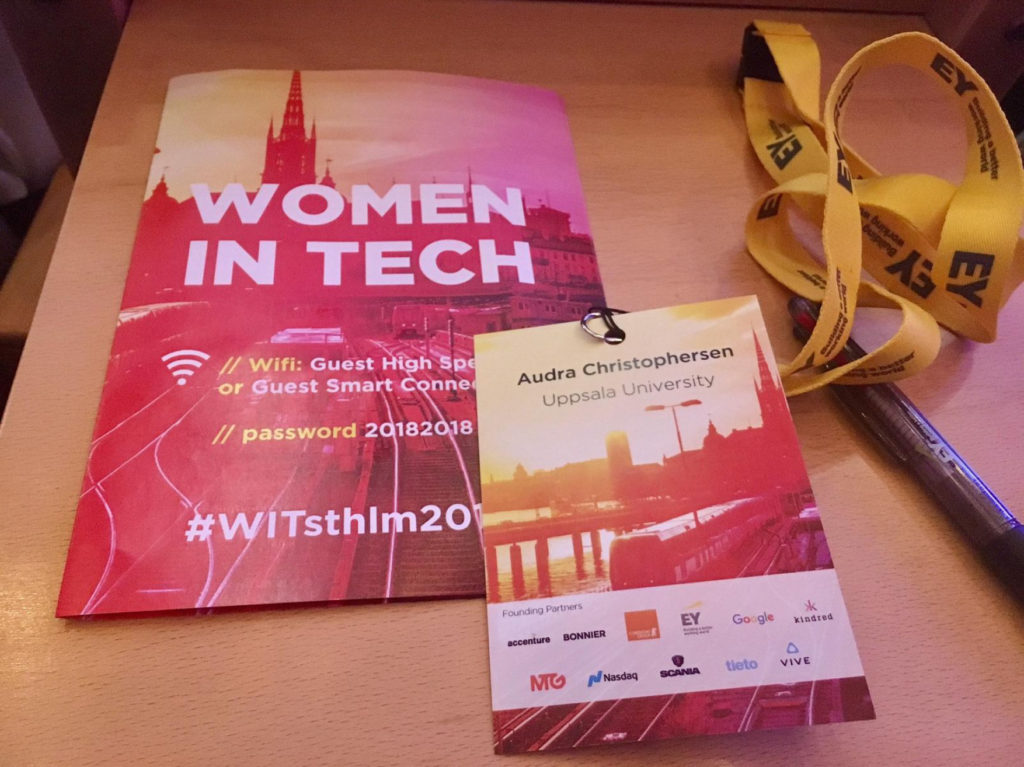 There were speakers from all different areas of tech. Topics covered robotics, virtual reality, sustainability, augmented reality, and more. Joy Buolamwini, the first speaker of the event, spoke about her work studying the dangers of supremely white data and dominantly male analysis in face recognition algorithms. Helena Samsioe, one of the last speakers, spoke about her work in using drones and AI to transport medical supplies in third world countries. You can read more about the speakers here.

There were nine breakout tracks that the audience could choose from – a difficult decision. I ended up going to the one titled, “Using Frontier Technology as a Catalyst for Ideas and Innovation,” led by employees of Doberman. 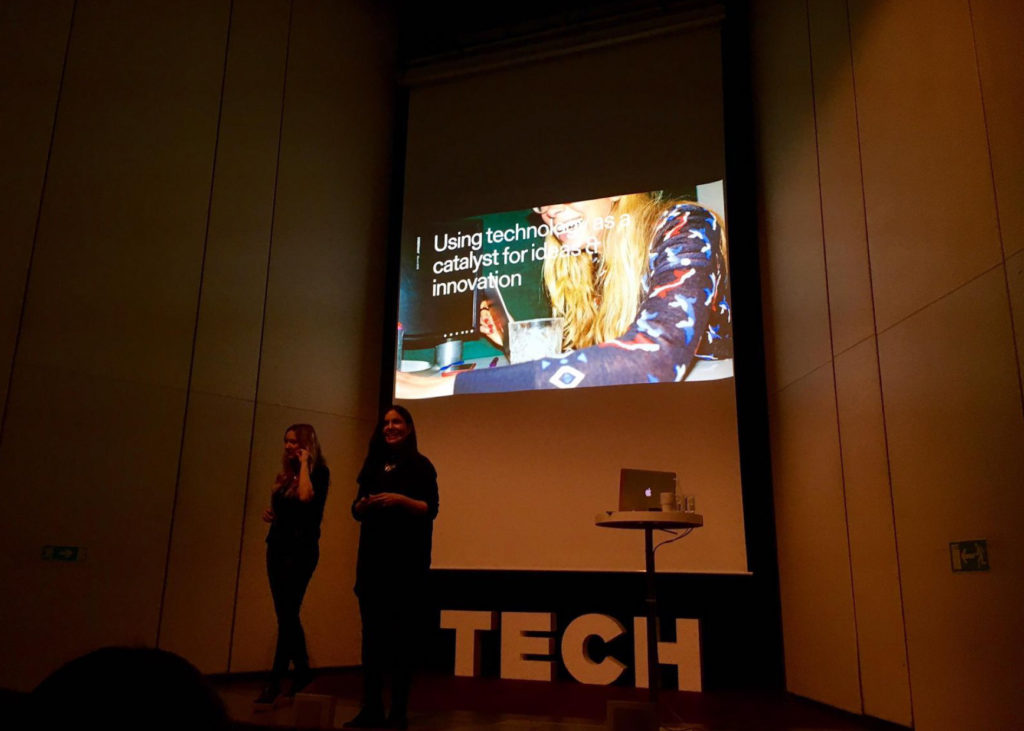 In this breakout track, we explored the idea of considering technology first in the design process. We explored different types of technologies, like machine learning, virtual reality, and wearables. Then, we were tasked at designing a better public transport system in Stockholm with this in mind. We were given a technology to base the design off of, and a few minutes to create a design. Below you can see me preparing to tackle this challenge with the help of my little Android stress ball. 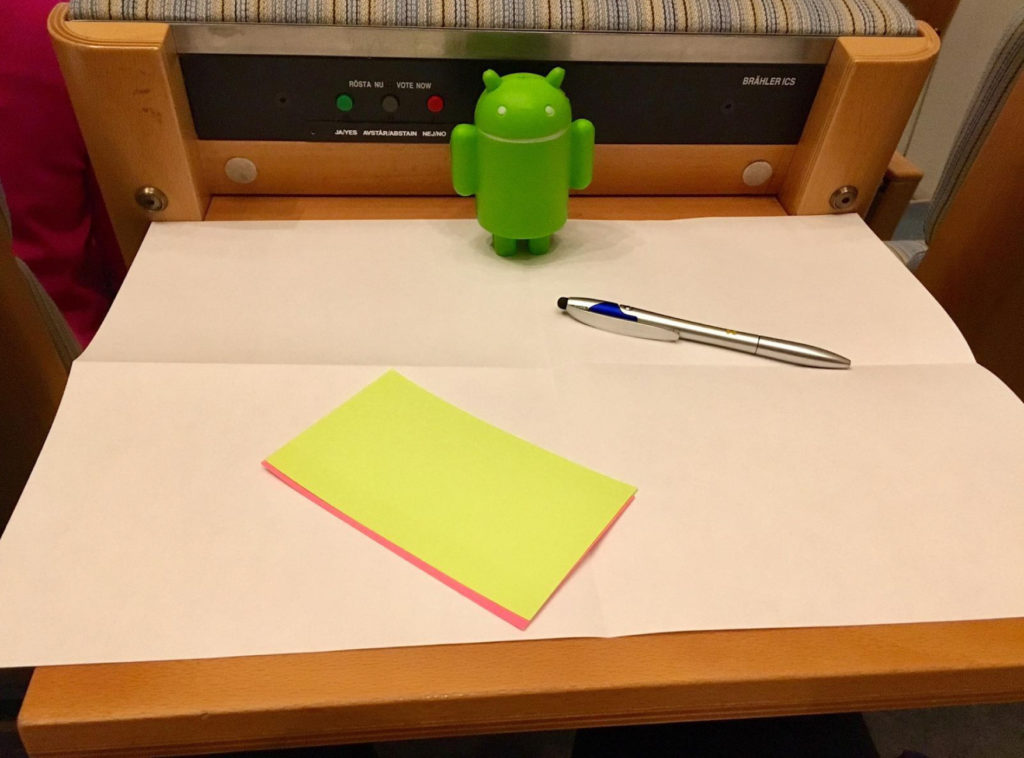 I left the conference inspired and empowered. I heard from over 43 women, from professors to refugees to PhD candidates to CEOs, about their work and experiences in the technology sector. I can’t think of a better way I could have spent International Women’s Day 2018.