Are international students known for spending their weekends exploring the country? It seems that we have gotten quite a reputation and I mean, why not? I am here, in Sweden, in a country that always have spoken to my imagination: glaciers, trees covered in snow, hats of fur, the typical Scandinavian houses, frozen lakes, and ofcourse the northern lights.

Uppsala does not have glaciers and its trees are not covered in snow anymore. I haven’t seen so much fur in the past weeks, and lakes do not get frozen that quickly while the snow on our streets has transformed into slippy ice roads. Uppsala has a charm on its own, definitely, and I will probably elaborate on that in one of my future blog posts. But I had a free weekend and as it is almost expected of an international student to travel, I decided to take the Arctic circle night train to find my childhood image of the nordic countries. I took the train to Jokkmokk, Lapland.

Arctic Circle Train
Oh these are such an adventure! Never have I travelled in a night train before and as I was travelling alone, I decided to treat myself to a three person compartment. I was lucky enough to spend it with only one other stranger. I was not so lucky with the fact that she was a heavy snorer, and sometimes farted in her sleep. Between her snores, and farts, I could hear the train moving on the tracks and it rocked me to sleep quite easily. Early morning I had to get off in Murjek, where an hour later I could take the bus to Jokkmokk. There I stood, in the snow, at this cute little train station. I saw the sun come up and I was all happy to have survived that 14 hours train ride. 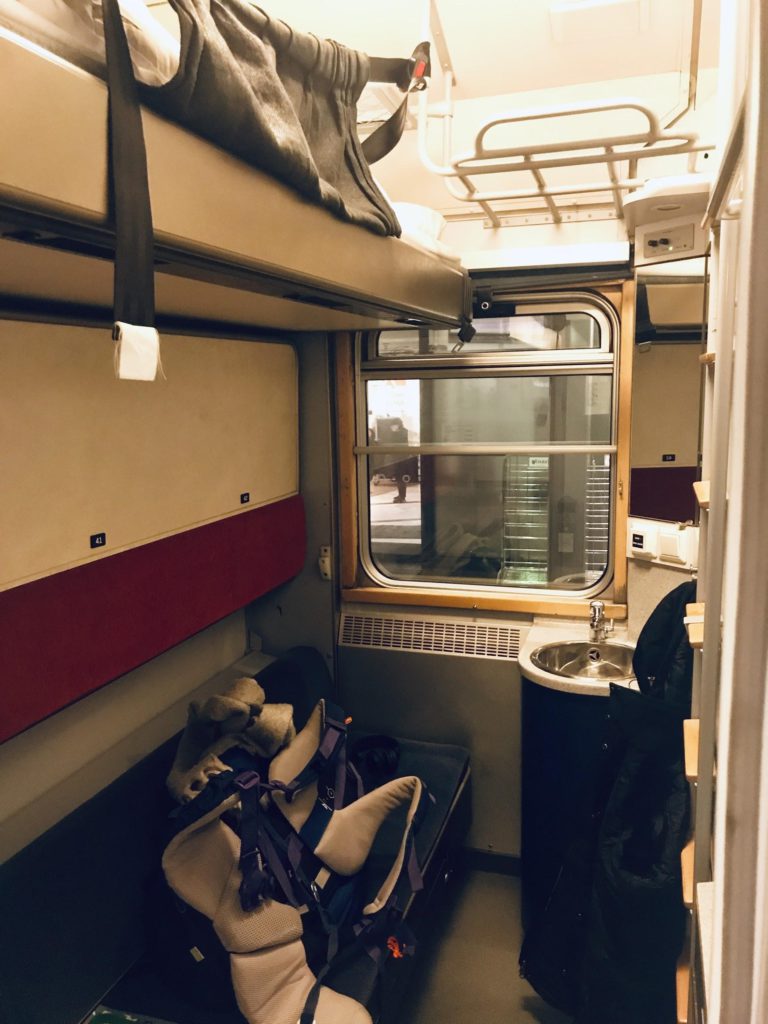 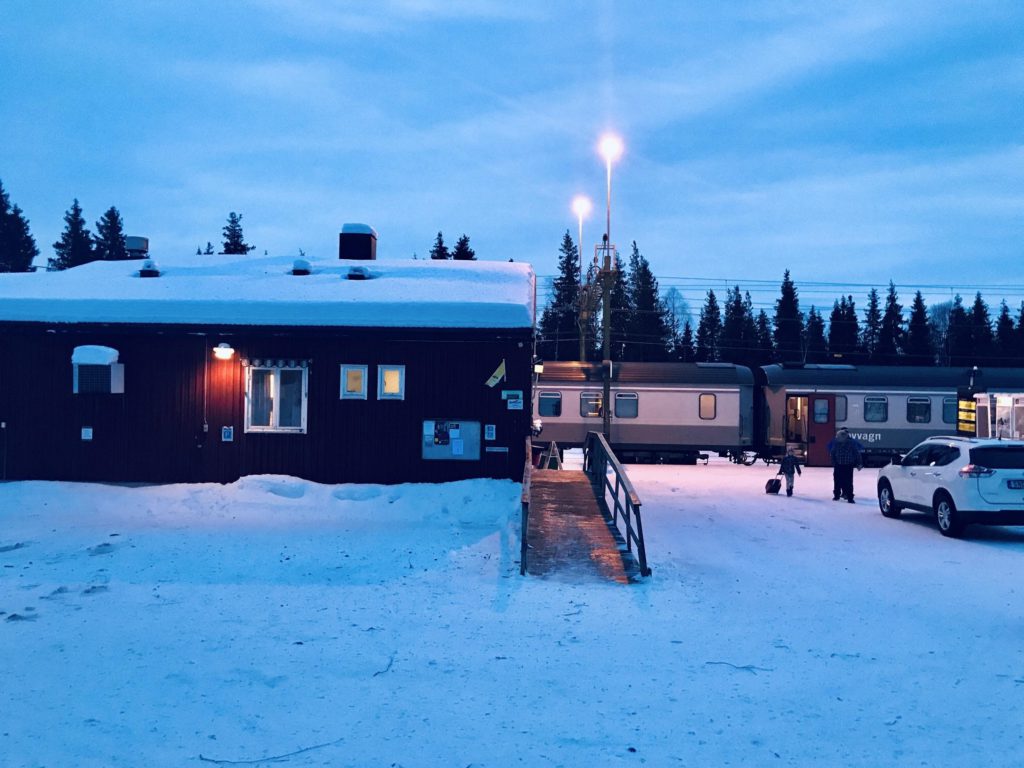 Jåhkåmåhkke, land of the Sami
While most travellers go further north to be in Abisko or Kiruna, I decided to search for other options. I did not want to be surrounded by too many tourists, especially those northern light chasers who can can be blind for all the other beauty there is. When I had a look on the map, the name Jokkmokk read funny and I decided that that was the place to go to (a week later in the IKEA I discovered that a table set is called the same). It turned out that Jokkmokk actually is a great alternative for a more cultural experience.

The city of Jokkmokk, or Jåhkåmåhkke as it is called by the indigenous people, is located in the Laponian Area and was made Unesco World Heritage in 1996. The name means “curve in the river” of Lule.  The city holds a Sami museum which is pretty great. It gives a good overview of how the Sami has lived in the region and how they have dealt with discrimination and exclusion of the Swedish government. The city also holds 1 hostel, which is the best option as a solo traveller on a budget (the price is still kind of expensive but to Swedish standards more than okay). The building was a typical Swedish wooden house with a view on the frozen lake, where during the famous Jokkmokk market reindeer races are held. There was no reindeer to be found now, but it perfectly lend itself for a hike in the sun with stiffening snow. On a FROZEN lake!

When in a new place, I believe that there are two ways to discover local life best. Firstly, you can visit a local church service. Secondly, drinking a beer in a local pub. Both were planned to do and especially the church service was a special experience with the songs in both Swedish and Sami language. 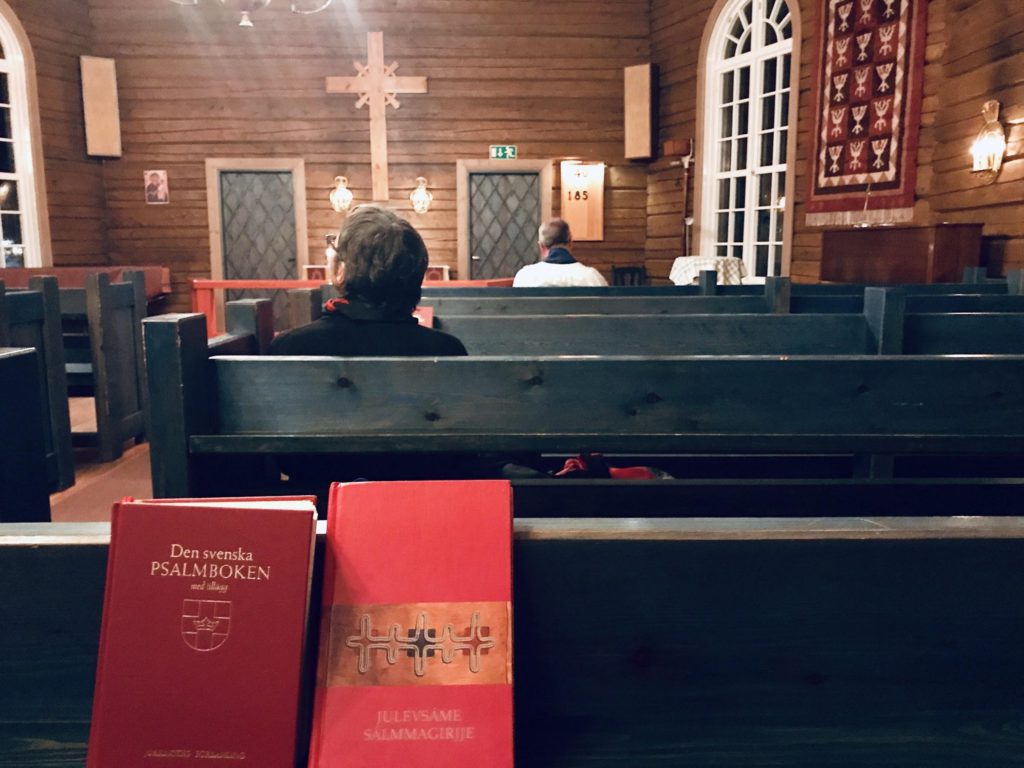 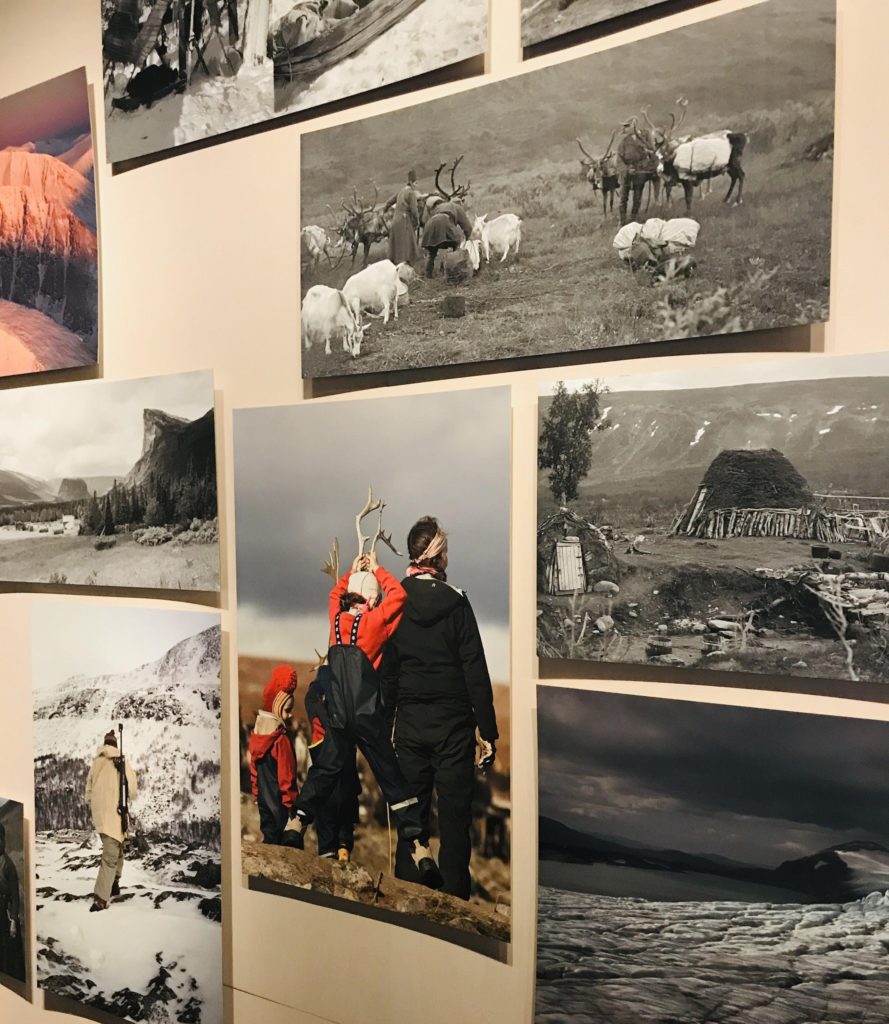 Reindeer herding
My childhood image of Lapland included these snow dogs, huskies, who would pull me on a sled. But as I was moving around in Sami land, I decided to go for a herding tour. Reindeer herding is legally reserved for Sami people as it is their livelihood and are engaged with these animals throughout the year. In summer they move with them from tipi to tipi in the mountain area, where they will mark the calf. They do this by cutting the ears in all different kind of shapes to recognize which reindeer belongs to which family. For an untrained eye, these markings are barely distinguishable, but there are so many different shapes that even the Sami people can look them up in some kind of a handbook. When the reindeer are old enough, they are sold for meat production and some of them are slaughtered for own use. After the supplementary feeding we tried some of the reindeer meat which has a very particular wilde taste. 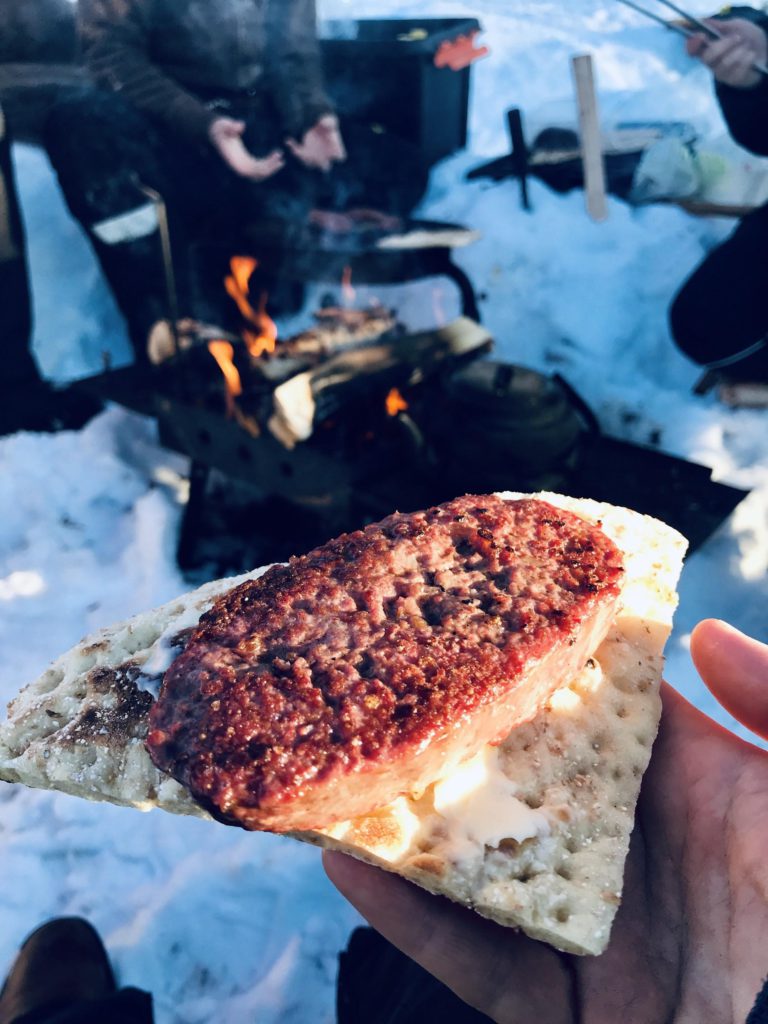 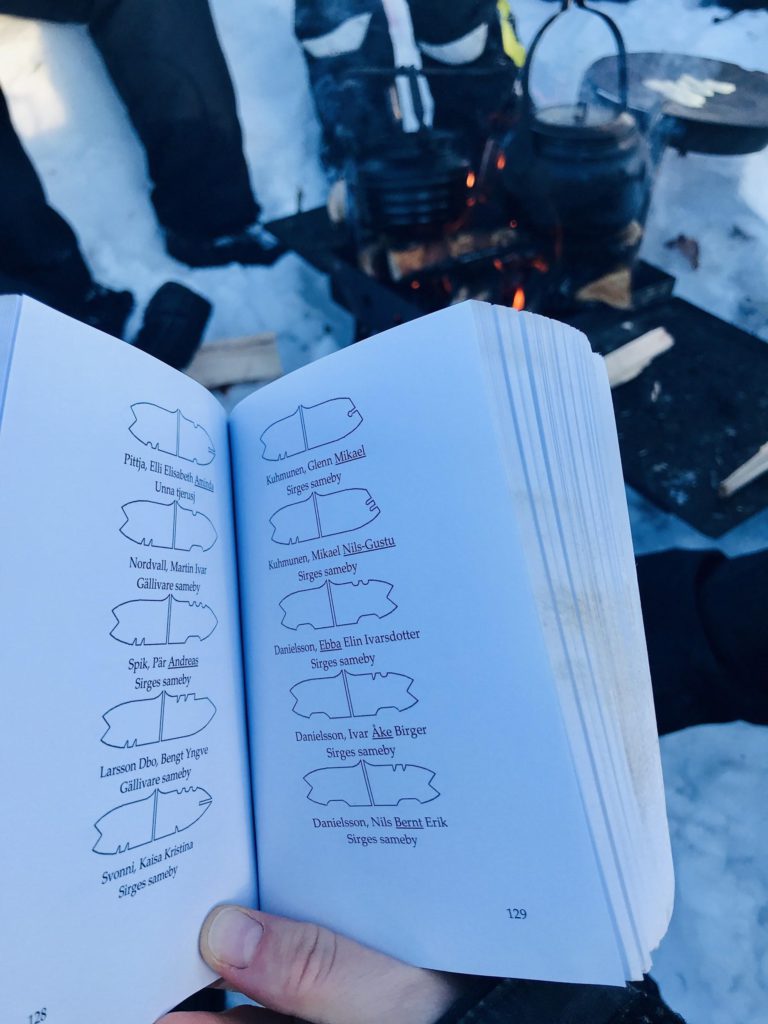 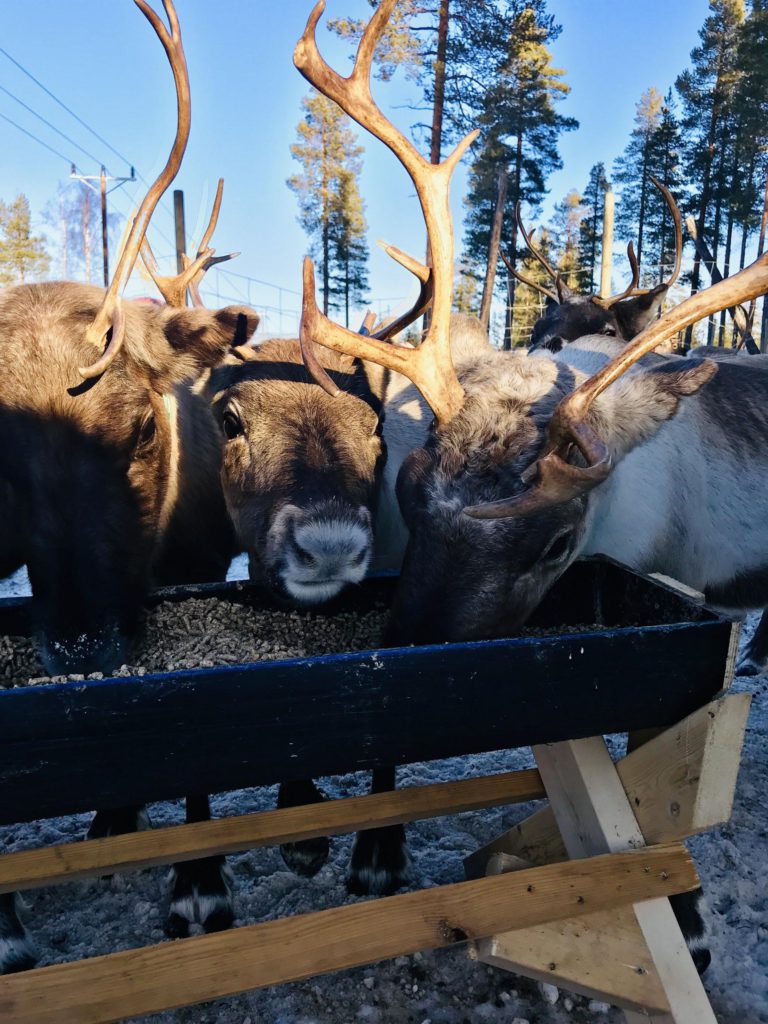 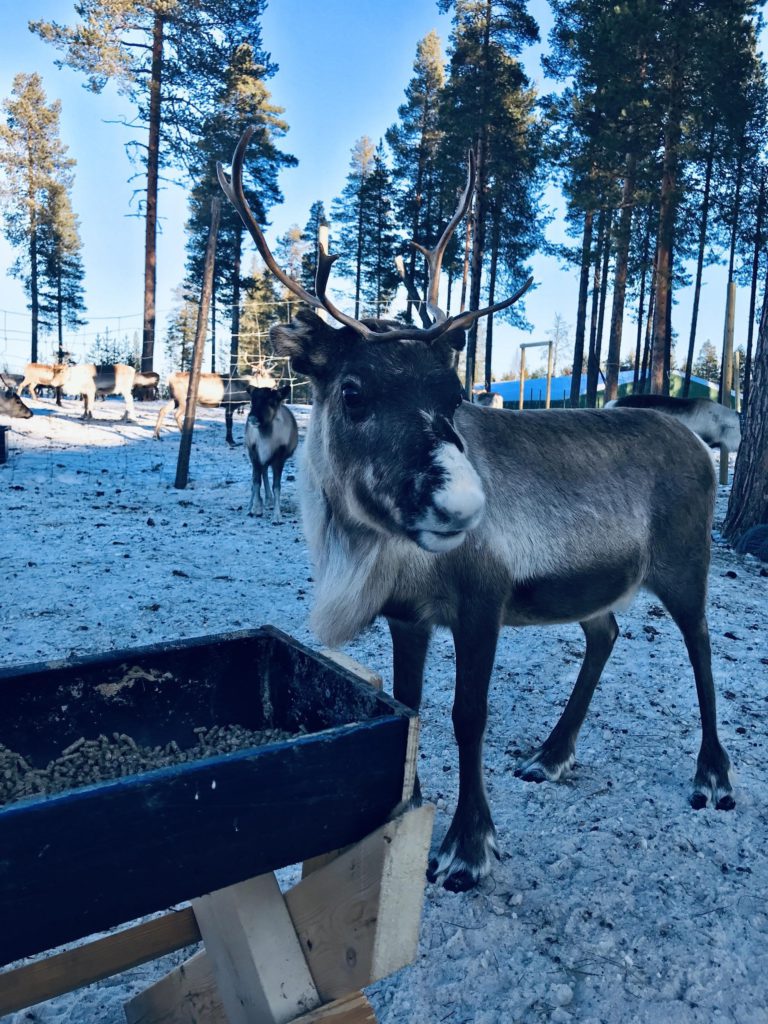 I was sitting there on some reindeer fur (finally, fur!), enjoying the sun and fresh air. So in my element, so happy. So happy to discover more of Sweden, to chase my childhood dreams.