Living in Flogsta equals many things. In the mornings you join the biking crowd in the run to the University. Midday, you search for free washing machines as the possibility of finding one is the highest. In the evening you carefully step outside and listen where the nearest party is happening. However, at any time, your eyes scroll the surroundings looking for white-orange fluff. Ingefära, local celebrity, took over Uppsala’s Facebook groups quite a time ago and stayed there for good. Despite having his own page, selfies with the ginger cat still pop up in notifications, and well, we just couldn’t miss the opportunity to visit his home. This is how we met two computer science students in one of Flogsta low houses.

When you first walk toward Ingefära´s home in the Flogsta low houses you will notice a kitty ladder leading toward the apartment from the outside. Clever way for him to get safely back home after roaming the neighbourhood for days. That is also one of the reasons that he got so famous around here. Ingefära is probably the most social cat you will ever meet. According to his owners he just likes to follow people everywhere. You can often see him inside the high houses just chilling in someone’s kitchen or popping in to check out the loudest parties. No wonder that people often think he is lost and post pictures on Flogsta Facebook groups to help him get back to the his owners. Even after most people has been informed that this behaviour is just part of his amazing personality and he is very much not lost they still kept on posting pictures. It became a source of pride to be blessed by Ingefära´s presence and one must document such honor! At one point the groups were so spammed with pictures of Ingefära that his owners simply had to make his own page. 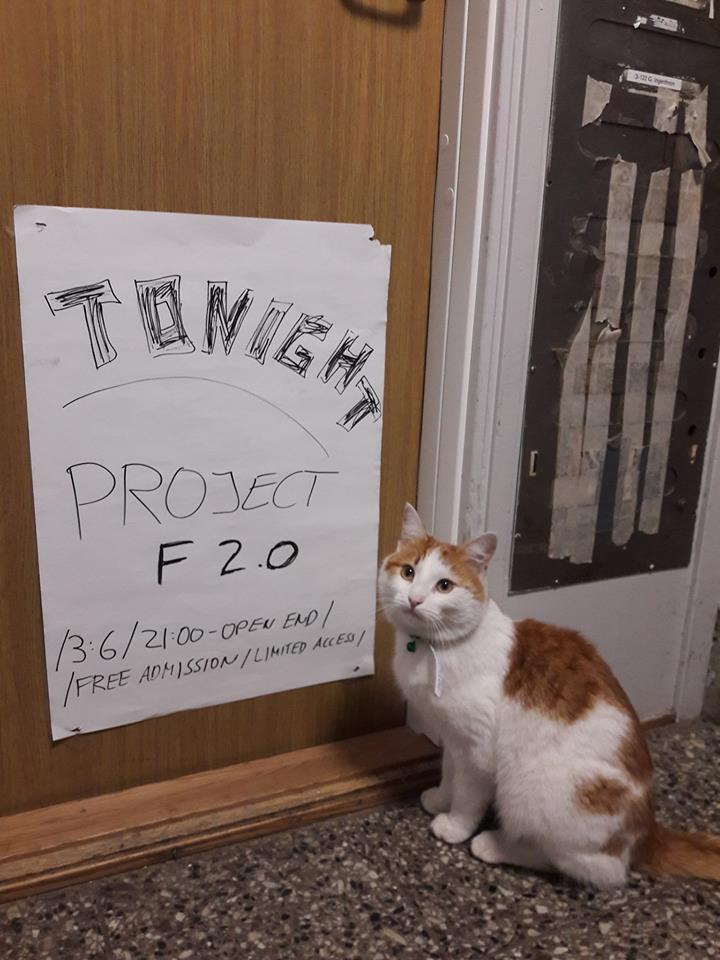 You never know when Ingefära decides to check on your party!

When he does not explore everything that Flogsta has to offer he lives his calm life in Flogstavägen with Linn, Kristoffer and their roommates. His original owner Lukas is on adventure of his own in South America keeping an eye on Ingefäre over the ocean. Even Ingefära´s origin is tight to Flogsta. He was born one and a half years ago to a cat belonging to the previous owner of that flat he is currently occupying. Nobody expected him to be the most beloved and famous cat in Uppsala but now that he is Linn and Kristoffer are joking about making some merchandise with him. And to be honest, if someone was selling Ingefära t-shirts I would already own three.

Of course what is high houses residents little orange blessing can be a bit of a hustle for his owners. Ingefära´s adventures can take him to quite unexpected places once he took it trip in a bus once, somehow got all the way to the hospital, another time he got found Stenhagens pet store where he hang out in until someone could pick him up. Thanks to non-functional chip he also got himself into a shelter. Thankfully, the good people of Flogsta are always here to help and take good care for their favourite feline. Just few weeks ago Ingefära took the Valborg celebrations a bit too seriously and disappeared for almost two weeks. That was untypical even for him as he usually get back to eat every two our so days. He got his owners quite worried. However, shortly after them posting about this Flogsta residents were able to track him day by day for the whole lost period and get him safely home! What a way to get your faith in humanity restored.

Now you might be wondering: “What I am supposed to do when I meet this glorious cat? Are there any dos and don’ts?” Well yes and no. Ingefära´s owners are pretty chill about him meeting all of his fans. So letting him chill at your place, taking pictures or rubbing his belly is totally fine. However, even though it might be very tempting, you should not keep him for too long or feed him too much. The more people feed him around Flogsta the less likely he is to go and check what his bowl at home has in store. If you decide to give him a little snack, you might want to know that he does not really love vegetarian food! 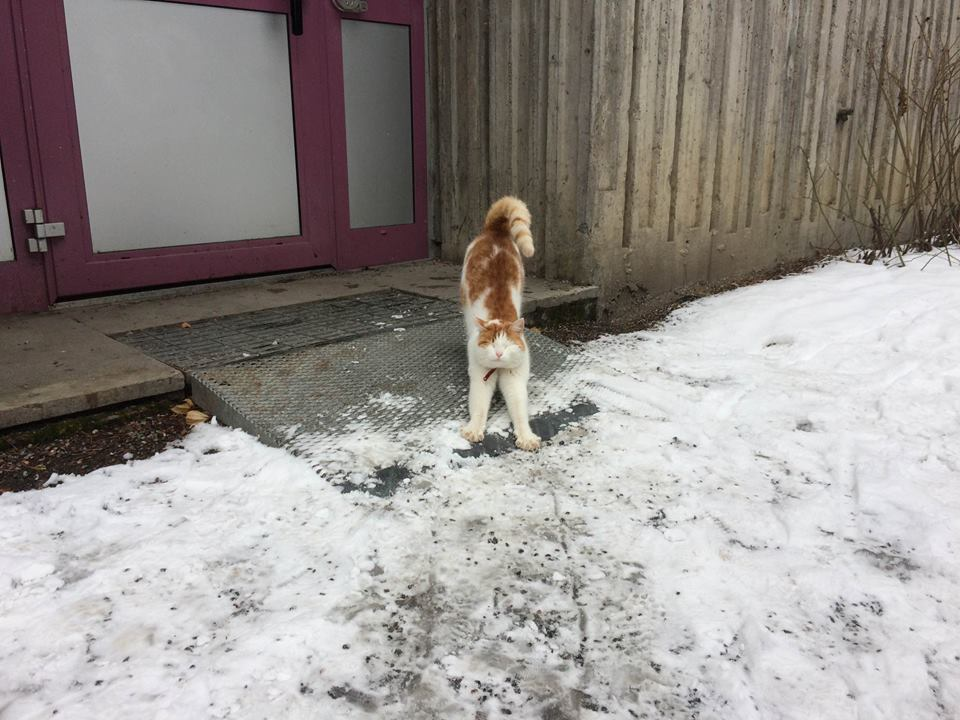 Some stretching is an absolute must after spending a day in the high houses!

So next time when you cycle home in the middle of the night and you see a fast moving orange ball you can keep calm knowing that you are not hallucinating but you were merely very lucky to get a bit of precious Ingefära´s attention. Now you just need to hope that you have enough battery in your phone to take at least twenty selfies out of which at least one of them will have him not blurred in movement.