Adventures in Packing, and Other Stories – By Anders Kemppainen

Early on, when my age just reached double digits, I became fascinated with a particular painting. It was alive,a scene in motion. It was also a little morbid. It is titled Valdemar Atterdag holding Visby to Ransom, 1361 or Valdemar Atterdag brandskattar Visby den 27 juli 1361. How do you pronounce that? No one knows. Painted by Carl Gustaf Hellqvist, dated 1882. It depicts Visby in disarray. The Danish king Valdemar IV has laid out three great beer vats and demands that the people of the town fill them with gold and riches. If they do not, he will burn the city to the ground. Not very fun times, the middle ages.

I wouldn’t have imagined that I would be living in that city. I visited it last October, and I didn’t realize until later that it was the same place as in the painting. The old town is much more modest than Hellqvist’s depiction. It’s much nicer than what’s shown in the artwork as well. No invading soldiers. But like the emotion of the painting, I did feel a sense of fear. The thought of moving halfway across the world to live on an island in the Baltic Sea. I don’t have much experience with islands. Hearing the word, I imagine a sandy piece of land with a single palm tree. While I do like alone time, I could imagine I might feel isolated living on a big rock protruding from the depths. My visit to the campus there was rather pleasant though. In fact I liked it much more than any university that I’ve visited. It felt homey. I had learned from a previous attempt at higher education that I really don’t like the anonymity in a herd of students as I had thought I might. In fact I only was in class for two weeks before I concluded I was going to leave (although my decision was partially based on not wanting to do a very tedious assignment. You could say I’m a bit lazy). My good feelings about the place did have a hint of uneasiness. 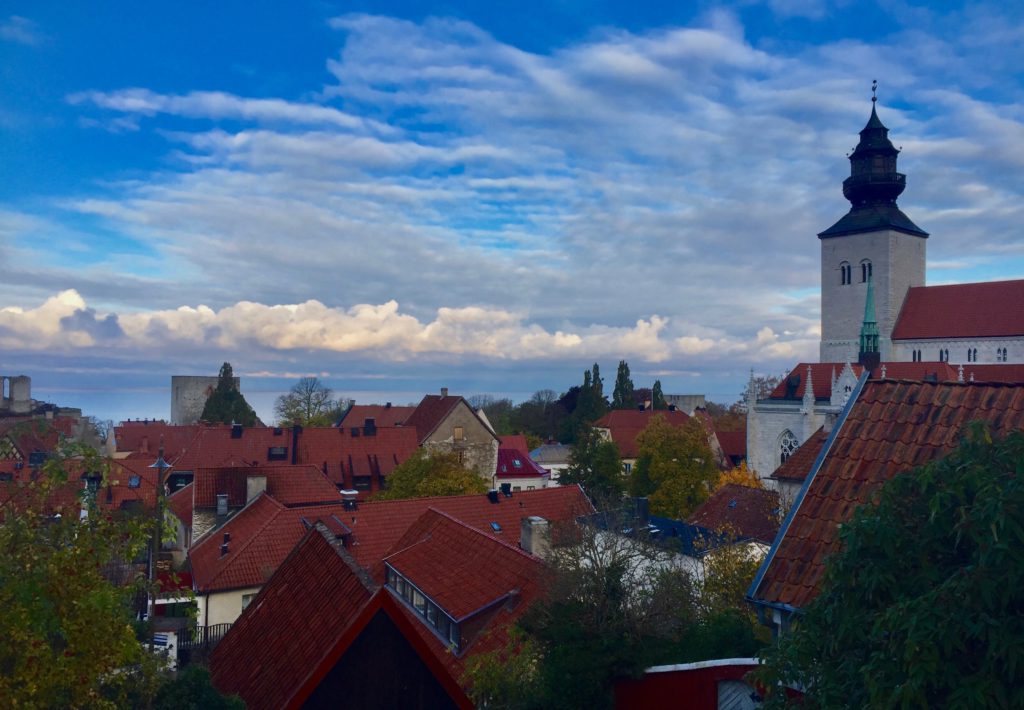 I soon came to the hurdle that is the immigration process. I found the Migration Agency’s website to be pretty confusing. Different sections seemed to contradict each other, some of the information was vague. To make things worse, I was rather delayed at collecting the money needed to show I can sustain myself in Sweden. It’s a whole lot of money. A whole lot. But it maybe won’t last all three years, as travel is much more important than food, of course. I look forward to budgeting though. Seems fun. Like a game. I’m sure many people agree. You have the control. The power. The taste of independence, while scary, is delicious. A good trick is to never shower so you save on utilities. And people? Who needs them. Going out is just a waste of money if you ask me. Sitting alone in the dark doesn’t empty your wallet.

I’m not a very outgoing person. I’ve never had very many friends. Not that people don’t like me. They love me. I am irresistible. My flowing hair hypnotizes them. Unfortunately, this does not satisfy me. I tend to avoid people, a habit that doesn’t serve me well much of the time, but most of the time it does. Many have told me that at university I will find my “tribe”. In fact it’s a little suspicious that they say the exact same thing. If I do find one, I’m not so sure I’d really be into a hunter-gatherer lifestyle if that’s their sort of thing. I have considered befriending the animals of the forest instead. I don’t doubt that I will find the tribe, but how long will it take? One difficulty is that I find many of the best places to meet people unenjoyable. Often my peers are aliens to me. But after some time, I just might find an E.T. And if you are reading this and are in Visby, I would like for you to ignore what I say here. Don’t let it affect your view of me. It’s not that I have a hard time with people, it’s that I am mysterious and hard to understand. What do I do? Where do I go? Why do I do the things I do? You may never know.

Meanwhile at present I face another task. After two experiences of traveling with a mighty collection of bags, two weighing around twenty kilograms (and I have the physical strength of a twelve-year-old) both times, I vowed to live a spartan life and release the majority of my possessions, never wanting to go through that again. Then I didn’t do that. My flights to Europe however have some serious luggage weight restrictions. That gives me the motivation I need to purge my belongings. Learning what is essential, now that is a wonderful thing. I have taken many clothes to second-hand stores. Then I bought more clothes at those stores. I had the fantastic and original idea of shipping things. I can even ship things I’d want very soon, before I even leave. I congratulated myself on my genius. I also found that not packing twenty books really reduces the weight of the luggage. Those books, however, are a symbol of hope for the future. I used to read a lot. I would get up early and read. I would stay up late and read. And this year I have finished one single book. I’m optimistic though, maybe next year it’ll be two. 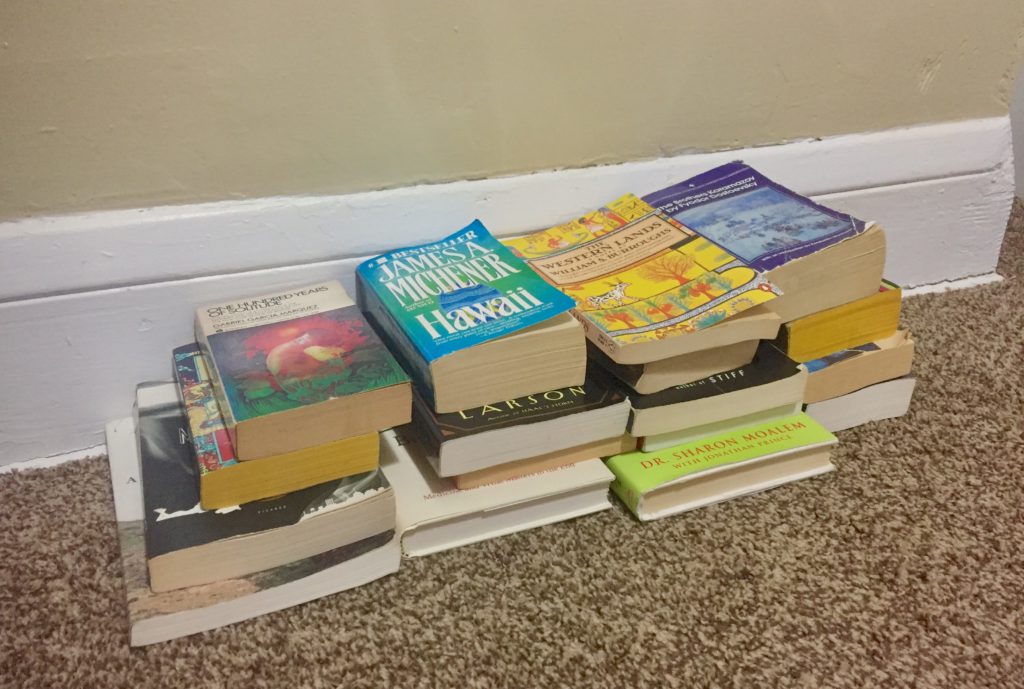 I do feel a little overwhelmed at times. There are so many things to do. I’ll have to visit the immigration office. Open a bank account. I will want to buy things for my apartment. I will have to cook. And I’ll have school on top of that. I don’t have time for this when I need to perform copious amounts of procrastination. Even now I spend most of my time not doing what I should be. This is my way of life, what I enjoy doing. I have been putting off selling some of my larger and more expensive possessions. I should be getting a head start on my studies. I should be reading up on some Swedish. I should be memorizing facts about Abba to fit into society there. Lately I have been doing some things though, as I have said, like booking my flights. I arrive late at night, so I need to get some kind of lodging, though I already have an apartment (for which I need to call about scheduling to pick up the keys). I’ve been thinking as an alternative, I could just wander the streets until morning. Sounds easier.

The day is ever approaching. I’m not the type to get excited. When I was accepted, I thought “Oh, okay, cool, I guess.” Yes, I am looking forward to it. It’s an adventure. A new point of view. I don’t know what I’m doing. I don’t really care. What I do know is to look out for invading Danish kings.