The city of Uppsala, and its immediate surroundings, are brimming with sites of stunning natural beauty. At times only a little more than ten minutes cycle ride from the city centre, these sites of seclusion and quiet can provide a haven away from the busy lives of the city’s inhabitants, students and local residents alike.

After many adventures, Alex Hibberts, a British Erasmus student, has chosen three sites which you should definitively visit during your time in Uppsala to delve into the city’s wild heart. 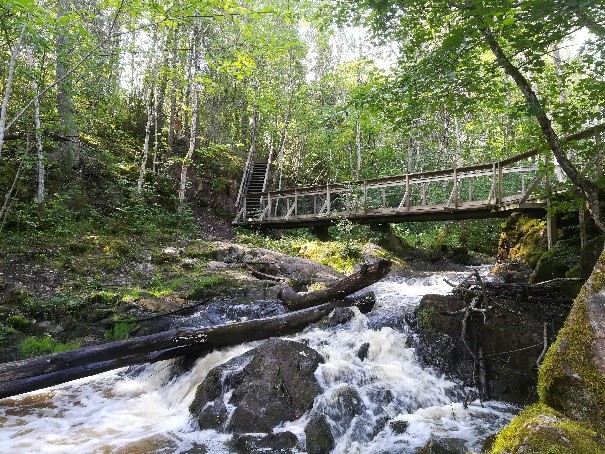 Tucked away behind Flogsta, the tower blocks which host most of the city’s international students, is the village of Håga, the gateway to a vast area of meadows, pine forests, bogs and swamps that make up the Hågadalen Nature Reserve.

Well-signposted footpaths take you deep into a forest that hosts a number of rare and sometimes red-listed species with weird and wonderful names ranging from the Common Milkwort to the Brown Needle Lichen. Those who listen carefully will be able to hear the sound of woodpeckers high up in the trees.

This mysterious landscape inspired Carl Linnaeus and Uppsala Kommun (city council) has set up a series of Linnaeus Trails that guide walkers along the same routes Linnaeus took with his students in the 18th century. Places like Norbylund have hardly changed since Linneaus’ explorations and provide a tantalizing glimpse into the world that inspired one of Uppsala’s greatest minds. 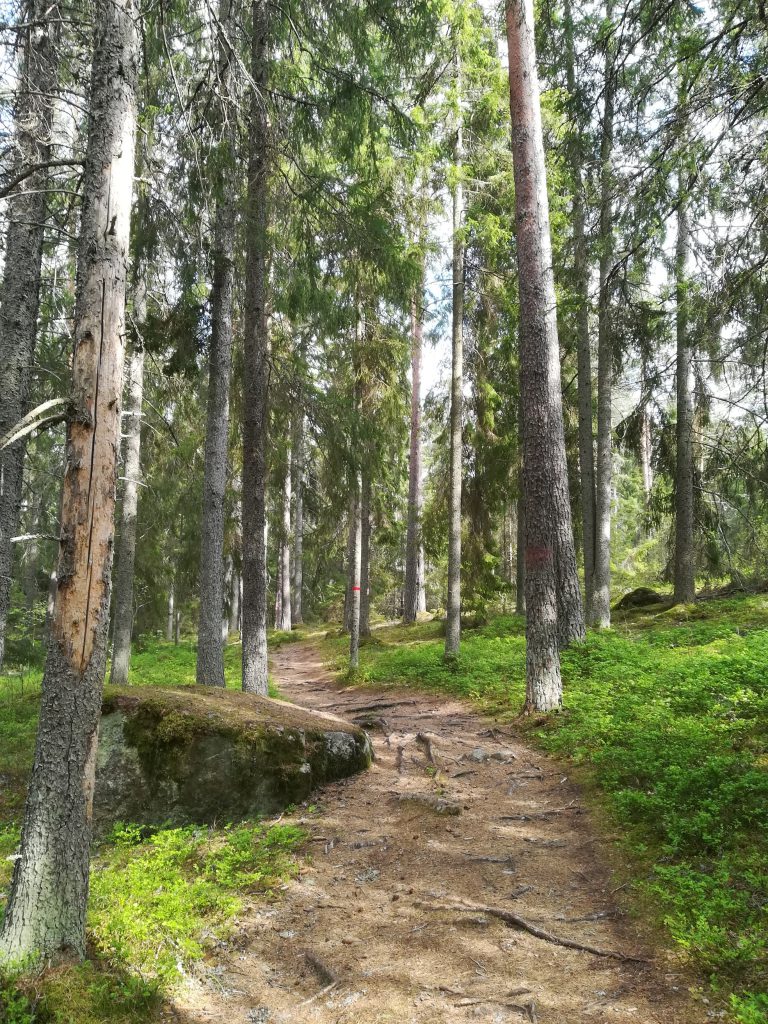 One of the many paths winding its way through Hågadalen’s pine forest.

But Norbylund, like the rest of Hågadalen, was already old when Linneaus arrived. Within these ancient forests and meadows, sites of great age can be discovered.

At the northern end of the reserve, closest to Flogsta, walkers can unexpectedly find themselves in an Iron Age graveyard. Here, there are fifty graves were found marked by thirty timeworn standing stones, all dominated by the tall figure of a Viking runestone. Whilst, close by, the village of Håga boasts its own Bronze Age burial mound. From the top of this man-made hill, breath-taking views of the whole valley can be seen.

Entered through an avenue of trees, especially dazzling in autumn, that begins in Uppsala Stadsträdgården, located at the southern end of the city centre, this spectacular nature reserve takes walkers and cyclists along the River Fyris and onto the sandy shores of Ekoln Lake. 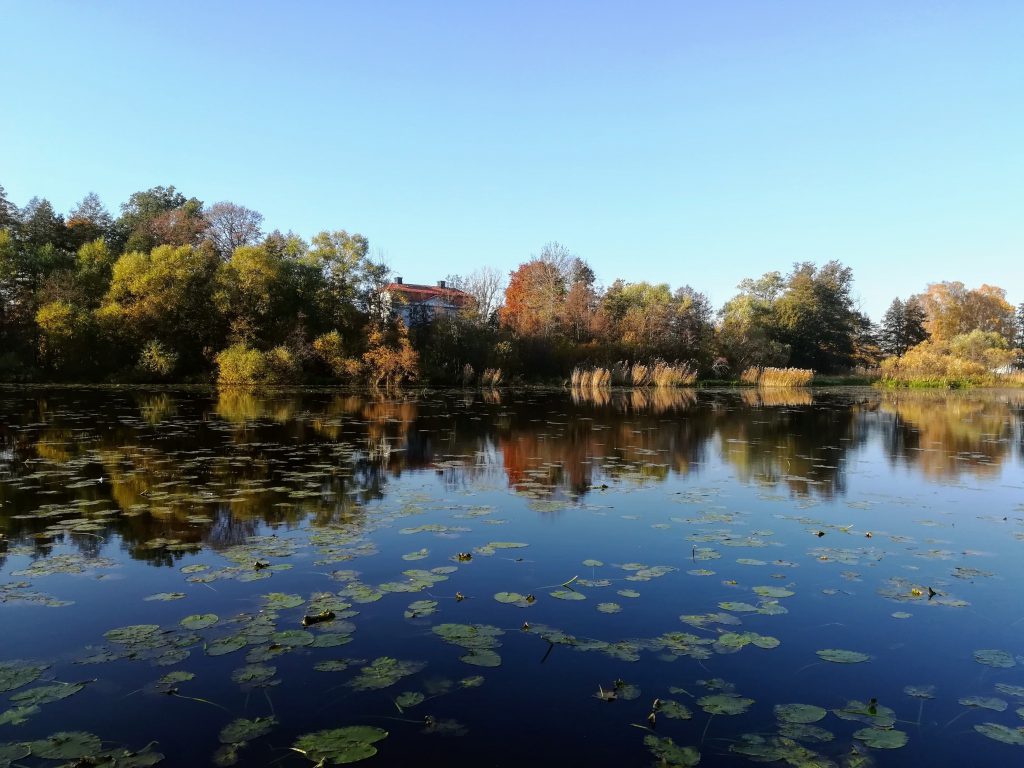 The quiet, calm inlet at Sunnerstaviken.

The journey from Uppsala to Ekoln provides many opportunities to explore the region’s immense natural charm. Around forty-minutes walk from the centre, the smaller lake of Övre Föret appears which is best viewed from a bird watching tower set up on its western side. From this hidden vantage point, several species of bird can be spotted including the elusive Kingfisher and the long-beaked Common Snipe.

Continue downstream and a 400m boardwalk has been constructed that allows walkers to venture right out into the marshland either side of the River Fyris. Wildflowers serenade the adventurer as the boardwalk twists and turns across this otherwise hidden habitat which teems with life.

There are many chances to stop and rest along the way including at Sunnerstaviken, a small inlet of the River Fyris that was known to the Vikings who passed this way when travelling to Gamla Uppsala, further upstream. Here, a small jetty allows walkers to quietly watch the swans sail and ripple the still waters which is dotted with large lily pads in September. 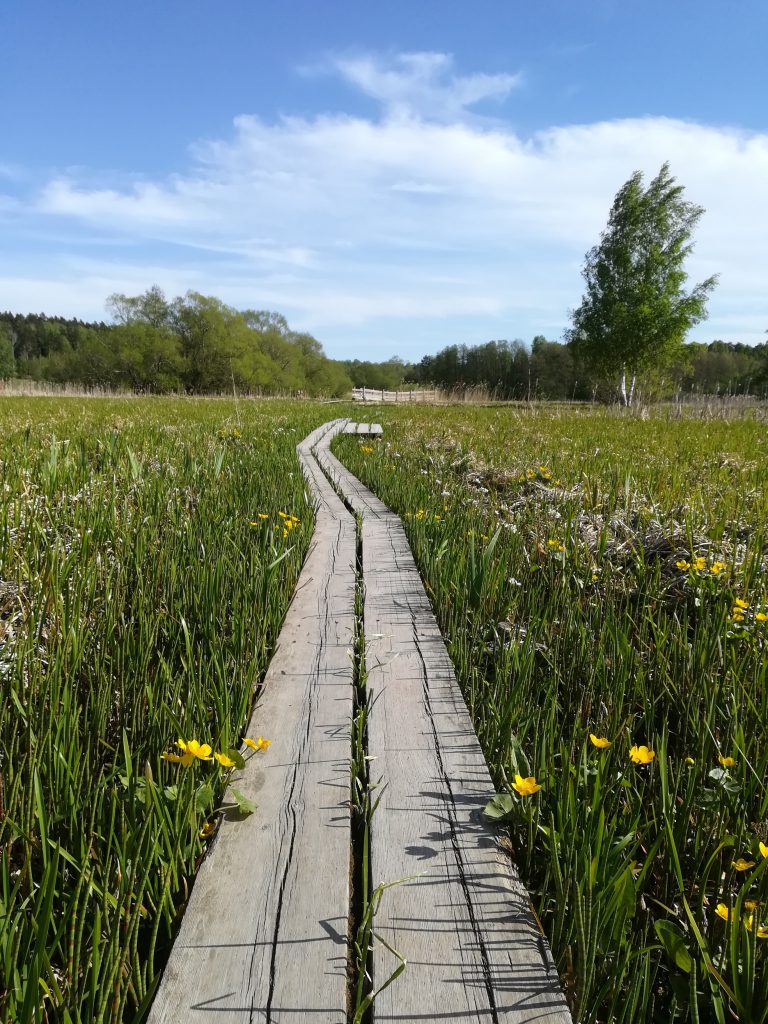 The boardwalk taking walkers across the marsh running alongside the River Fyris.

The path eventually comes out onto the Ekoln at Flottsunda, but it is worth following the signposted path around the lake’s edge towards Grandberg which eventually reaches the little peninsula of Skarholmen. This rock, crowned by a restaurant, juts out into the lake and affords incredible views out across this vast body of water.

Located on the Uppsalaåsen, one of the longest glacial ridges in Sweden, Gamla Uppsala and its surrounding park provide a fantastic viewpoint from which to look over the city of Uppsala. Most clearly seen are the cathedral, with its two dominating spires, and the pink castle, built further south on the same ridgeway.

At this centre of this hallowed site, are three main burial mounds, the largest of thousands which pepper the surrounding area, and these larger mounds contain the cremated remains of the earliest Swedish kings. Although, according to legend, Odin, the Norse god, is also said to be interned in one of these impressive man-made hills.

At one point during your time in Uppsala, you should most certainly visit Gamla Uppsala. During Spring, the mounds are covered in oddly hairy purple flowers called Backsippa in Swedish and red squirrels, a rare find in some parts of Europe, can be found in abundance in the nearby forest. 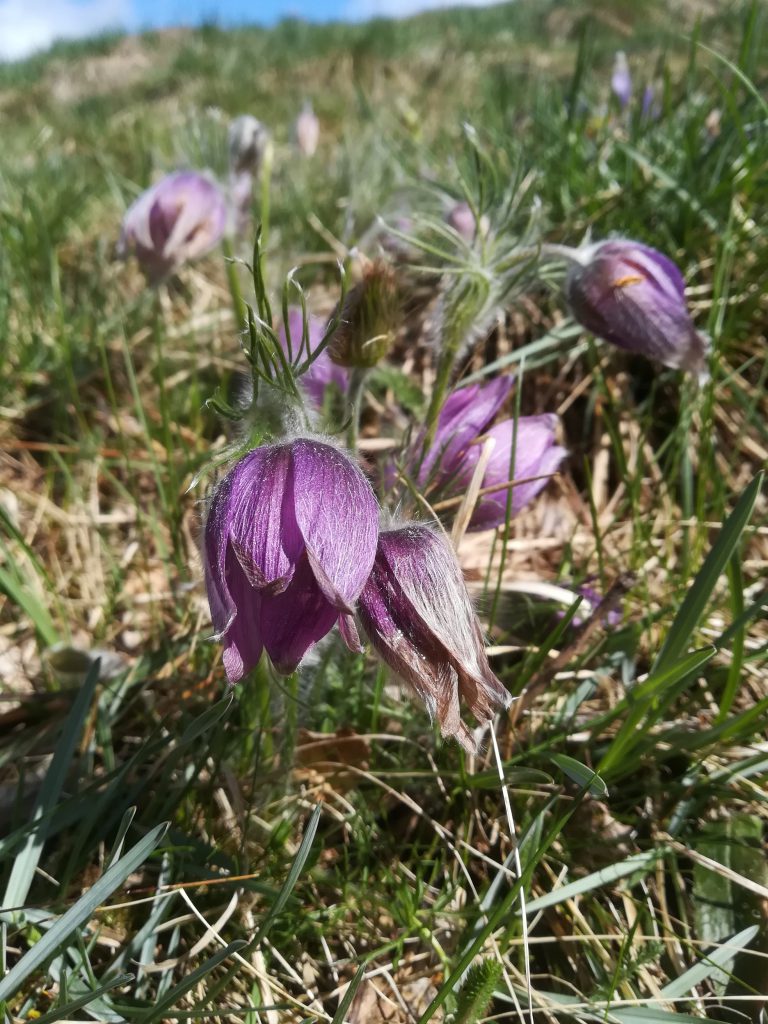 Backsippa growing on the mounds of kings. 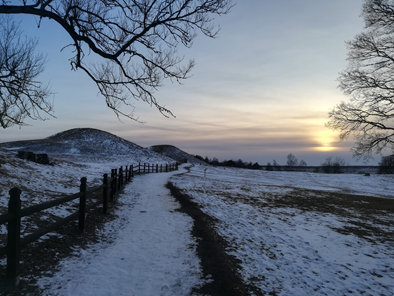 The royal mounds in the twilight of a winter evening.

This site is something of a Swedish treasure and it is during cold winter evenings, when the sun is setting low and mist begins to collect in the hollows between the mounds, that the onlooker can almost sense the secrets, lost to the passage of time, that this site has yet to tell.

If you’re itching to put on your boots and head out to explore, but don’t know which path to take, Uppsala Kommun has produced a range of leaflets containing the maps you need to explore their nature reserves.

These leaflets can be found at the various entrances to all their nature reserves but I would recommend having a look at their website (http://www.upplandsstiftelsen.se/Start) for more information. Happy exploring!