Punschrulle
Punschrulle is a small cylindrical sweet which is made of the mixture of biscuits and butter cocoa, and flavoured with punsch liqueur. It is covered with green-coloured marzipan with the ends dipped in chocolate. Funny fact: punsch-roll is often called dammsugare or vacuum-cleaner in English – this nickname doesn’t only refer to the appearance of the sweet but also comes from the fact that in the past bakers used to collect crumbs from the previous bakery in order to fill the punch-rolls. Punschrulle day is annually celebrated in Sweden on the 7th of March, so don’t forget to mark this day in your calendar! 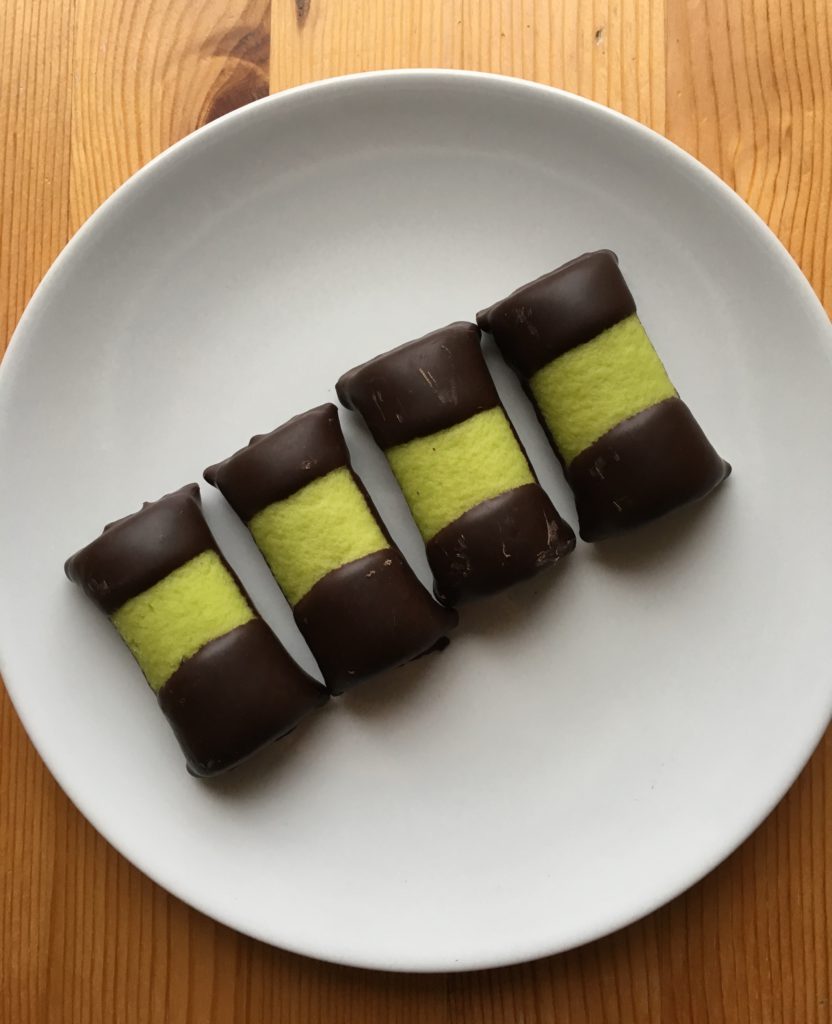 Semla
Semla is a traditional Swedish sweet roll which you can see in the windows of all cafés and bakeries all across the country during the period from Christmas to Easter. Typical semla is a cardamom-spiced bun with an almond paste and whipped cream which is covered with sugar powder. Originally, semla was eaten only on the day before Lent which is called Fat Tuesday (Fettisdagen) – that’s why semla is also known as fettisdagsbulle. However, nowadays Swedes don’t stick to this tradition anymore and have fika with semla whenever they want. If you haven’t tried this amazing bun yet, you still have time to do that! 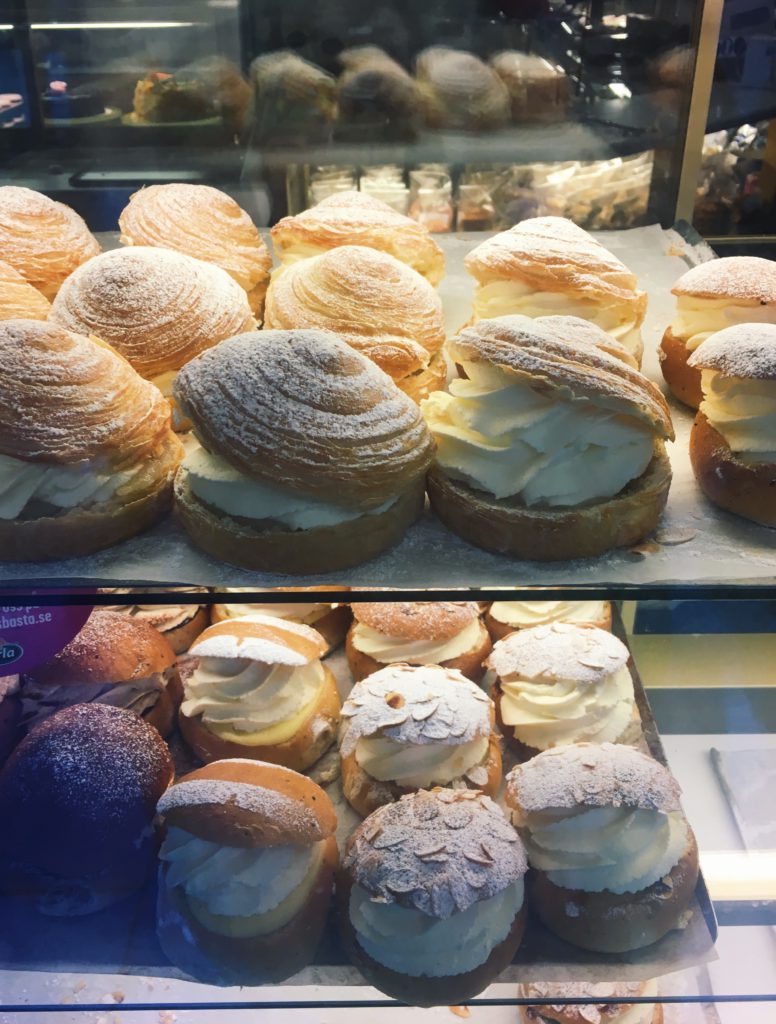 Princesstårta
Princesstårta is a cake which consists of several layers of sponge cake, jam, whipped and pastry cream. It is covered with a thin layer of marzipan (which is usually green-colored) and decorated with a pink marzipan rose on the top. The cake was created in the first half of the 20th century by Jenny Åkerström, a teacher of three daughters of Prince Carl, a brother of King Gustav V. Little princesses loved this cake very much, that is why it received its modern name. Despite the fact that the official week for the Princesstårta is the third week of September, you can find this cake in many cafés of Sweden. Nowadays it is very widespread to make this cake in different colours according to certain celebrations. For example, red Princesstårta is typical for Christmas and the white one for a wedding. 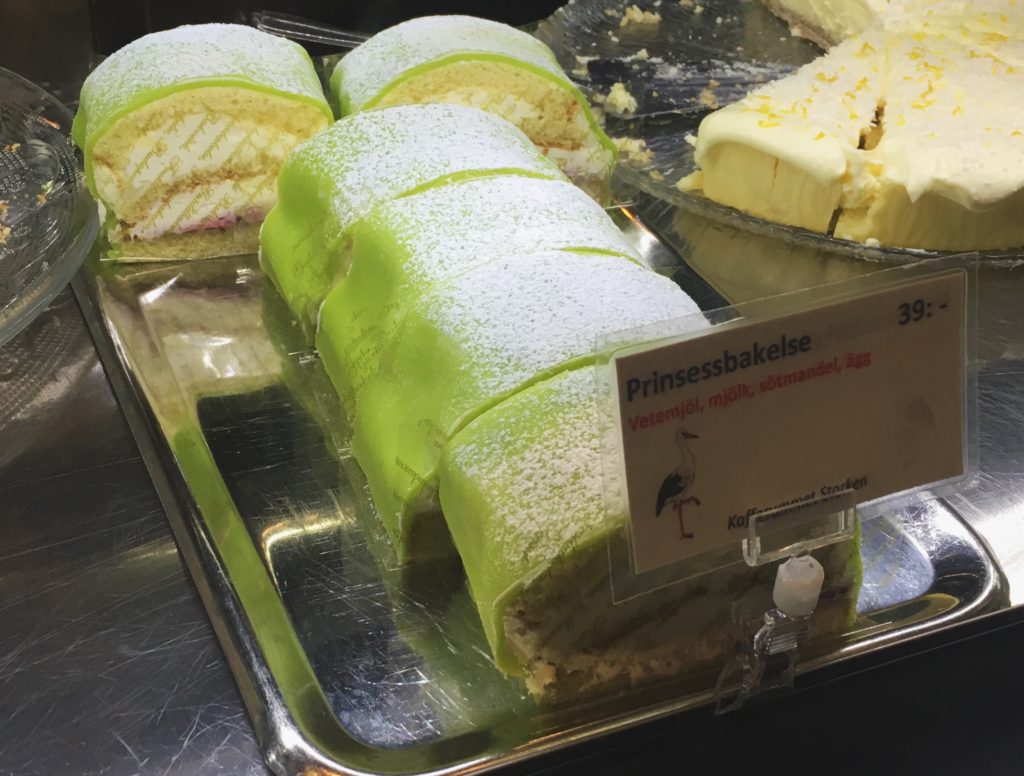 Chokladboll
Chocolate balls are another popular pastry in Sweden. These small balls are usually made of oatmeal, sugar, cocoa and sometimes coffee, and covered in shredded coconut. The first reference to a coconut ball dates back to 1943 when the first recipe was published in one of the Swedish newspapers. The pastry immediately gained popularity as it was very easy to make. It’s interesting to know that originally the sweet was called negerboll, but later was replaced by its current name due to the public debates about some racist connotations. Nowadays, the pastry is also known as kokosboll (coconut ball) or havreboll (oat ball). 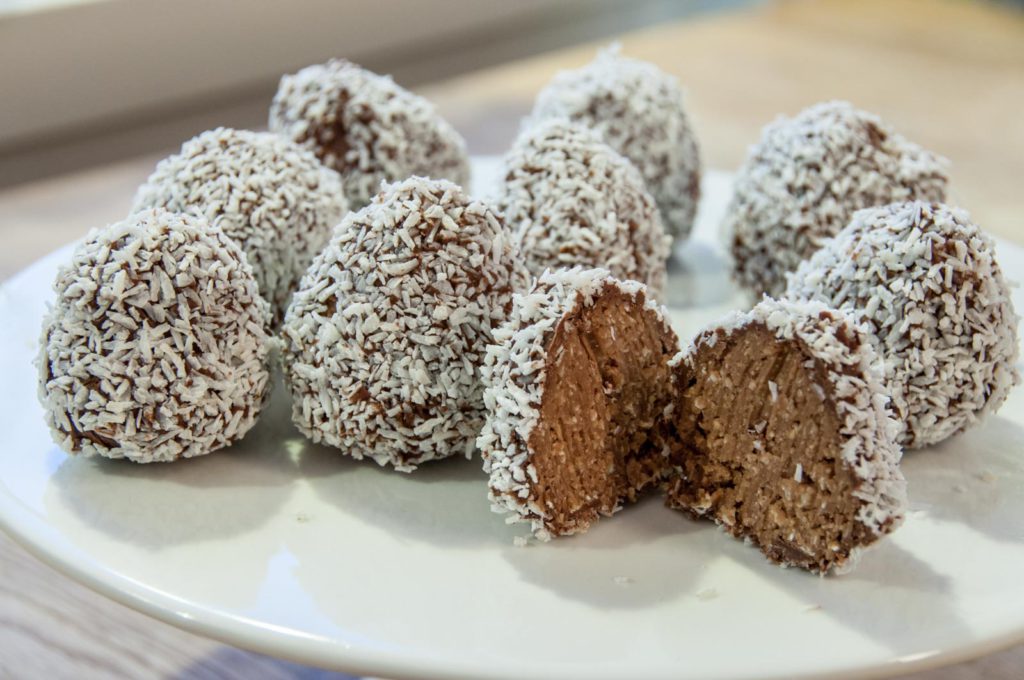 There’s plenty of nice cafés in Uppsala where you can have a cosy fika and enjoy these pastries, but I will write more about this in one of my next blogs. Stay tuned!